Welcome back. Thanks for sticking with me. It's been a while and I've forgotten how to format everything, but as posted before Beamspun will be less regular, and more focused on aspects of change. While we all want things to change as fast as possible, I'm currently thinking about disruption, and how our current normal (despite what people would have you believe about a new one) can be interrupted. There are still links, and I'm sure the mix of those with thoughts will change with each newsletter, but as always, feedback welcome. 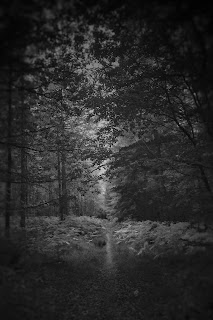 The world has see a lot of disruption in forever years, and I'm never quite sure if the rate of disruption is increasing, or if the current generation - and our fad of never-ending news cycles - has an increased awareness of it. I think what is certain is that the powers which have wielded disruption (politics, propaganda, warfare, etc) are working out how old techniques adapt to new technologies, and the new societies forming around those tools. In one sense, swaying a national election from afar is not as important as sowing distrust in a country's democratic system - disrupting the rules a country runs on is way more chaotic and damaging than installing a (temporary) leader favourable to your own whims.

As I think about disruption more, I've started to see it in more places, with a variety of effects. For instance, as we see Greenland melting even more than expected, we can discern major system effects acting to marshall hot and cold: "Both last year and 2012 were marked by "blocking" events, the researchers say, where disturbances in the jet stream saw high pressure systems become stuck over Greenland, resulting in enhanced melting."

Now think about how activists and police use blocking techniques during city-based protests. On one hand, disrupting traffic by sitting in a busy road may act as a simple barrier to existing, expected flows, in the same way high pressure weather was unable to move on from Greenland. Is the aim with traffic protests to,force a build up of pollution in one area, to prevent pollution and activity in another area, or to occupy the "attention space" normally filled by the noise of vehicles? In contrast, what is the intended outcome of police containing protestors or rioters through kettling tactics - is it to concentrate the energy of those being kettled, to the point where the energy runs out? Or is it to allow the non-contained space to continue to flow as normal?

By seeing disruptive activities as a way of interjecting into a larger, active or unfolding system, we can use it more wisely and more productively. Placing a rock in a river will have little effect if the river can divert left and right straight away. Meanwhile, the engineering that goes into building dams can create the power to generate vast amounts of energy, and displace huge numbers of people.

From Global to Local

My local town council have recently declared a climate emergency, bringing it in line with the higher district council, and many other organisations. That feels momentous - agreeing a problem is a big step in moving it on. But what does it mean for me? And where do my Beamspun and Taopunk 'projects' fit into it? What's the link between agreeing a problem, to imagining solutions, to then going out and building new ways forward and learning from the changes and then doing it all again?

And to bring it back to the current focus on disruption, does this agreement make certain forms of disruption more 'socially palatable'? Are we (whoever 'we' is) in a better position to say yes and no to certain existing routines?

I would argue that, having agreed there is a problem, we are - as a society -still in our infancy of learning how to collaborate on solutions that benefit everyone, but 'subtract' in the short term. That'sa huge ask of even a small group, let alone a town or a country or a world. I have to admit, I got rather down recently, after reading about various issues and problems in Brazil. Something about it just made me realise - and baulk at - the scale of populations within countries. It's weird that I can live in a single country and be 'comfortable' with the idea of 68 million people living just there. SIXTY EIGHT MILLION. And that's small.

A lot was made a few decades ago of the term 'glocal' - that notion that we're all connected globally now, but that our systems are both simultaneously under our feet and around the whole planet. I think we never quite got our head around that concept though: our understanding of a planetary-scale system just for human activity doesn't come easily. Not everyone is Chief Exec of a global logistics company. ANd even then, it is another mental leap again to try to understand how those systems fully interact with the world on our own doorstep, or again on other people's doorsteps.

From Rationality to Wisdom

There are, then, things that we can spend energy trying to understand, but that we can never quite be sure that we can ever understand. The world is inherently complex and unknowable, and figuring out all the linkage is like trying to make a 1:1 scale map. If you're waiting for this map to exist before working out where to go and how to get there, then you'llbe waiting forever.

There is a lot of rationality around - data, models, research and evidence, and all the charts you could want. There are attempts to document and open up how the world runs, and investigative journalism into all the binds that tie. All this is good, necessary, but at what point is this knowledge enough to decide action? How long are we willing to wait before we turn ideas into action?

In "The One-Straw Revolution", Masanobu Fukuoka talks of 4 different diets, but in particular distinguishes between 1) a "nutritional" diet based on a materialist, scientific approach of what bodies in general need, 2) a "natural" diet which follows the guidelines of a spiritual or philosophical system such as the I Ching, and 3) a diet of "non-discrimination", which follows the way in which a body and an environment naturally co-exist, without thought or further rationalisation.

As I say, rationality and a scientific approach are good to have. But I suspect that if we let our own thoughts, opinions and actions be dependent on these rational approaches, rather than guided by them, then we risk our actions following suit - we end up in a cycle of having to measure and prove everything constantly, and of making sure all action is "rational". But in the process, we forget that the rational approach is only what we are able to measure, firstly, and secondly, it is then what we are able to communicate to each other. If we depend on rationality, then it feels we must inherently exclude our own irrational and subconscious nature - we prevent ourselves from taking the "non-discriminating" route. We block out our instinct.

Which is a shame, because wisdom emerges from that sense of instinct, and the layers and layers of experience and boolean learning and smelling the cut fields and experiencing how water flows. That experience of the world is what speaks to us most as individuals. It is what is 'closest' to us, even closer than the 'local' in 'glocal'. It is at the point where we meet the world as a person and you can no longer tell the difference between the two.

Choose Your Own Change

We contiune to live in a strange world, one in which 'normal' activities like getting a bus become filled with uncertainty. The disruptive effects of Covid-19 are still revealing themselves - the true effects of everything being turned upside down, the effects which go beyond novelty and surprise, the effects of sustained and unexpected change. It's a dream we're strugglign to wake up from, and now we're not even sure that what we had before was when we were awake or asleep either. That sense of disorientation, now coalescing from the elongated summer into the acceptance of autumn, is gradually putching notches into our shells. Temporary changes are starting to set into permanent ones.

The opportunity here is to go through these changes consciously. We can accompany this uncanny, dreamlike state with a choice to engage with the changes. Stop andstare when you least expect it - disrupt whatever your normal routine is. Pick something new to experience when out food shopping, and take 60 seconds to really taste it. Wake up and move your body in a way you never usually move it. All these things are just a way of becoming familiar with the unknown, with the bit of your brain responsible for learning.

If you can practice that when it doesn't matter, you'll be so much more ready when it does.

For any feedback, suggestions, broken links, comments, or general 'hi there' type stuff, leave a comment, or you can find me hanging out in any of these places:

I'm also documenting my own 'everyday solarpunk adventures' over at the 6suns blog.