Greetings from a small desk by a small pond, where the rowan tree across the road is half-and-half red berries and yellowing leaves. My name's Graham and this is Beamspun, a regular roundup about narrative, tech and magic for an old-future world.

And a merry solstice to you all - as a reminder, Premium subscribers in Buttondown receive an exclusive photo mailout for each solstice and equinox. And all tips make their way to the local cafe, for their excellent coffee that makes words happen. 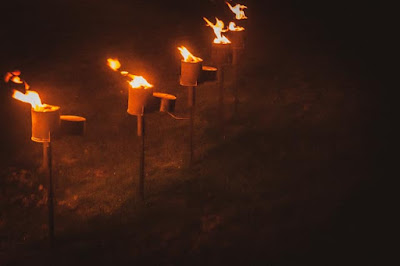 The renaming of things

This story starts many years ago - way before the internet and 3D TV - back when my family drove around in a little red Renault 5 called "Bridget".

I don't quite know if it was common practice for earlier generations, or because my father was a sailor and was used to giving names to boats, but I remember the name being taken from the car's number plate. If you squinted and made your eyes go blurry, the letters and numbers kind of looked like the word "Bridget", like some myopic hacker leet-speek vehicle destined to overheat on the wide-open Roman roads of holidays in France.

Later on, the naming of pets, of motorbikes, of roleplaying characters. And, of course, the naming of computers. Out of the various questions you'll be asked during a fresh install of any operating system, the name of the computer will always be the most important - and most difficult - one to answer.

For me, at least. For many, this isn't true. Life is too short, and it's too easy to just hit enter and accept the default; to become surrounded by a sea of names we don't care about. "Jan's Windows PC" connects to "WIFI-6FB72C8", and syncs with "Nexus Tablet 49". Just defaults.

But, as Jessica Khoury notes, "A name is a powerful thing. It sets one apart and gives significance." A name in itself is a form of identity, and the relationship between the namer and the named is one of fundamental importance, a power balance set at the heart of our symbols and communication.

With that in mind, I've been re-establishing the identity and presence of my own technical surroundings by renaming my computers and devices. On the surface, that may seem like the activity of a somewhat-delusional idiot with too much time. But if we accept that names have power, and that giving names sets up a power balance that incorporates the continuum between fostering and exploitation, then we cannot help but accept that "the beginning of wisdom is to call things by their proper name", as Confucius said.

Through this process, I have been reminded that naming things is hard. It is a hard choice when you're having a child. It's one of two hard problems in computer science. And can be just as hard when it's a small, 6-year old phone.

Why the difficulty? Because - if you're interested in that relationship between the namer and the named - then it is something you take seriously. Because we're not used to thinking in such abstract terms, where language is flexible but meaning is more real than concrete. Because to name something is to give it a gift: of direction, of quintessential life energy and purpose.

My renaming task, timely as the solstice approaches, has helped me rethink why I have these things around me. I've chosen names that attempt to sum up what each device means to me - what I need from it, and what it needs from me. My phone is now Puck. I have the twin laptops, Eve and Mab, and the twin Raspberry Pi's Hazel and Maple. There are themes there... The tablet for reading is, less thematically, Reid - I considered Reed, but the link to "Re-identity" was too strong.

For all of these names, there was a sense of feeling that I could not rationally describe. Some had a more obvious play on words or technical link - (Eve for an Apple device, for instance) whereas sometimes a name just fits. If that ever happens, go with it and pay special attention. Sometimes a name chooses us, not the other way around. Those are the most powerful names of all.

As the dark hours creep in and pass into a new cycle (psychologically as well as seasonally), we will find ourselves more and more dependent on the networks and ecosystems that wrap us up like spiders' webs. If you find yourself staring at defaults and wondering what they mean to you in the long night, then perhaps it is also time to welcome in some change.

2021, that was another year hey? I don't know how yours was, but for me it felt like a lot of change, even as a lot of stuff stood still and waited.

To be honest, the whirlpools of change have been exciting, but also overwhelming a lot of the time. Plates spinning, to-do lists overflowing, dreams among dreams among dreams. Emotionally, the year has been fairly breakneck, and I'm trying as much as I can to take the festive season as a reminder to hibernate where possible.

My email inbox is one area that's been getting on top of me, especially as I've been trying out new personal, professional ventures and new services to support it. It's time to take a step back, and to tidy up a bit. And I thought I'd invite others to do the same.

So say hello to Unsubscribe 2021 - a limited period ritualistic email energy clearout. The idea is to bring together people all committed to unsubscribing to whatever email lists are clogging up their inbox, and to reset just one area of their information lives. (Hey, feel free to go full inbox-zero, nuke your wishlists, and take a hammer to your phone.) And while we're at it, let's put some magic into it too.

The starting point is the mailing list (unapologetically ironic) which has a full set of "rules" (all 6 of em - I do like the number 6), which boil down to:

After the 5th, I'll send out a photo of the ashes of my burnt list, and delete the mailing list and all subscriber info. (Credit to Craig Mod for the idea of short-lived newsletter projects.)

That's it, no sales or pushy Zoom calls. Just a collective sense of stepping back from the world and breathing, readying the ground for the days of spring.

Supporting Beamspun: If you're enjoying Beamspun and would like to support me a little, you can become a premium subscriber on Buttondown. Tip whatever you like each month, and I'll send you out a little extra digital postcard to mark the equinoxes and solstices. (Maybe something like this one from March.)

Links are lightweight this month - even reading takes up our energy. 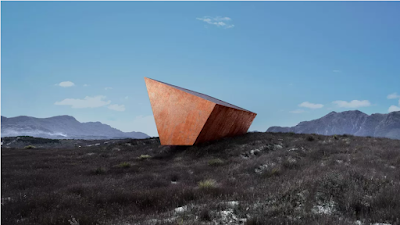 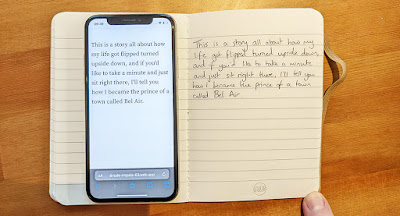