Beamspun is an irregular newsletter/mailout about narrative, tech and magic for a old-future world. Published some time around the full moon. Bring your own cup of tea. 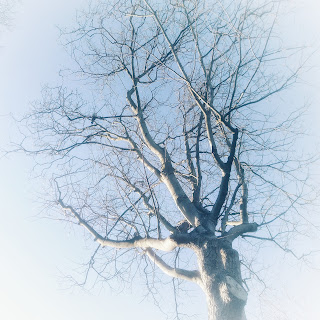 Little shoots of springtime. Unearthing the gentle cracks and folds laid into the soil, hidden for months by dead bindweed. Inside, a dust mote is gliding on the thermals above my cup of tea, and the shadows of trees reach out to the nearby road, feeling the break of the kerb.

Hello Beamspinners, sorry it’s been a while. I’ve been thinking about edge-worlds recently. And to be honest, they’re disturbing places. Watching the news in Europe for the last few weeks, I’ve been really struggling to reconcile the two ideas of “borders” and “hope”. In many ways, the state of the world is another reminder of how damned foolish mortals are, and frustatingly I know it’s nothing new.

I almost didn’t post this because … Too Raw Still. But here it is, I think it’s important to write and get things out there, get something positive out of the dark times humans love to conjure up. And because Beamspun is all about that - rediscovering hope, and reconnecting the greater webs. There is doom in the world, but it will always be in the context of love.

Everyone knows there are places which never change; historical architecture which enshrines its foundations in stone, and great wildernesses which deny entry through thorns and diverging terrains. Halls of power, time-frozen caves, heirloom sheds, and distant planets.

Places we’re drawn to because they are easy to know. We can learn once, but live many - many days, many lives, many cycles. Stability as a way of life.

And then there are the other places, the places in between, where these areas of stability meet, greet and eat each other. Edge-places. Places of change. Places of turmoil and emergence and conflict and generosity. I am thinking about the edges of Europe, but also the edges of other countries, and how a valley may become a marketplace, a battleground, a bridge and/or a birthplace - all because all those lands of stability flood inwards toward it. I am thinking about minds jumping from one philosophy to the next, the icons of civilisations etched into ancient sandstone walls, filling the souls of the populations thrown from one ruler to the next. 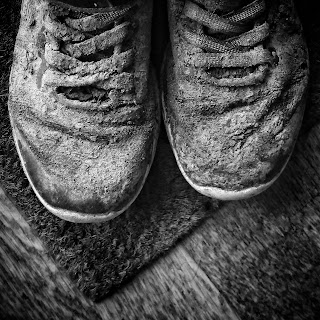 I am lucky to live in a relatively stable place. This newsletter comes from a privileged room. The shadows of the trees don’t reach this far.

Yet, older than languages, the same forces of to-and-fro operate just down the road, down where the land meets the sea. A 20-minute walk can take you to the edge-worlds filled by the twice-a-day tides, where the geography exists in a permanent state of unknowing and adaptation, down at the ecological level. Rivers swell and disappear. Opportunistic boats come and go. Rocks and shells dry out, are then submerged, and dry out again. Entire villages once thrived off that power.

I am fixated by this.

If I started a new photography project, I would anchor a camera to that line and the camera itself would become the subject, its own movements determined by the forces it was there to watch. There would be no difference between the environment and the observer.

If I was serious about adopting a new ritual or religion, I would find it here, among the change. Yin and yang on a timescale I can see with my own eyes. A thin line, forever tangled up between this and that, never quite here or there. Where we know that stability is just a word, and a convenience of thought.

I would sit and watch and study the tides, knowing they spoke the truth to me. I would fill my heart, lungs, and stomach with their momentum, and realise that going somewhere else was not to leave that place behind, but merely to take a temporary trip into an extreme. The left-behind shells and the creatures in hiding would take refuge in my fingernails, ready for when I returned.

And as I sat among the strong stones of stability, I would wait for trees to grow and for planets to pass overhead. And I would be content, knowing that even stones crumble.

I’m not going to post any links this time (truth is my link-saving tech had a bit of a wobble recently and needed a bit of a reset), although there is a Buddhism and Ecology Summit coming up April 18th-22nd. I kind of just wanted to post something as it is the Spring Equinox, and a full moon recently, and because I haven’t written anything in aaaaages. There is a lot going on here, and we’ll see where the future takes us, eh? 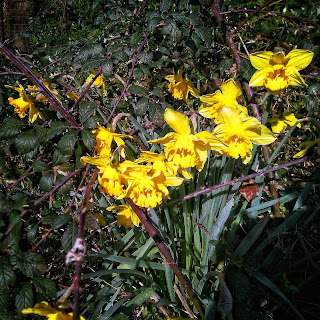