Beamspun is a regular newsletter/mailout about narrative, tech and magic for a old-future world. Published on a Sunday around the full moon. Bring your own cup of tea.

Currently I'm reading "What White People Can Do Next" by Emma Dabiri. The title makes it sound like some sort of How-To guide, but in reality it's also a heady argument against any viewpoint that starts with a basic division into "black" and "white". Historically, it delves into the origins of this distinction over the last few hundred years, a timescale that I'm increasingly convinced we can't ignore as part of any discussion on future change.

The movement to divide and conquer is picked up along so many lines and fields that it's not funny. For example, Michel Foucault's investigations into biopower in "Discipline and Punish" plot out a timeline for the individualisation of humanity, and the forces of control that result from being able to study a person as a unit. (Bentham's Panopticon is a natural result, but in our own modern lives, surveillance is much more subtle, and the idea of constraining it to a prison seems surreal.)

In both cases, we can see a general arrangement that informs the context of pretty much all of the conflict we see today, and the context within which Beamspun tries to establish itself: That fundamentally everything is connected, that "we" - profit-making civilisation - have developed ways to separate out parts and to make them amenable to control, and that we (same/different "we") find ourselves trying to fight back while still within that system of separation.

I'm interested in reversing this trend towards isolation. While there is much talk of the joy of reconnecting as we come out of long periods of isolation (here in the UK, at least), there is still a genreal lack of any interest in any greater, wider interconnectedness. We still think in terms of country vs country, or tribe vs tribe - and a lot of the time, this is still deliberately encouraged. Even our good fights battle between themselves for fame and funding, one form of separation pitted against another, despite being born of the same causes.

I'm calling for a revolution to break through the barrier of barriers, to tear into the mental wall that constructs even more walls that define "us" and "them". I want to work towards something else, something I'm going to call "The Great Rebinding" for now.

Rebinding requires symbols. Existing symbols to rebind us to the past. New symbols to disrupt fake barriers. Temporary mind tools to disrupt accepted boundaries, to the point where infiltration of the organic re-emerges. Symbols as muster points as we jump from the sinking ship, ready to be abandoned to the sharks when we want to move on and hide our trails.

We need the chaos inherent in rewilding a landscape to also take root in our own minds, in our language, in our behaviour and the way we see the whole world - plants, soil, sun, creatures, migration patterns ... all the way through to our own selves, from our individual bodies and their myriad cells and organsm to our collective community selves wandering the urban mazes with greeting nods.

We need the plethora of philosophies that focus on rebinding to explode outwards and upwards. Wicca, chaos magick, systems theory, permaculture, meditation, automatic writing, hypnosis, complexity theory, tai chi, punk music, stories, art, love. More more more. Anything that takes re-connection as its basis, that tasks itself with exploring and questioning the artificial edges we rub up against constantly. They are techniques for escape.

Individually, none is "better" than any other. They are all parts of the greater push, this desperate need for us to return to understanding - experiencing - the world "as it is". Not some historical definition, academic exercise, or techno-utopian genre scene, but a pure sense as of when we emerged into the world, when light and dark and sound and hot and cold were all one collective rollercoaster.

We need this army of toolsets to keep pushing and pushing. We need to believe in them all to the point where they are no longer bound by webshops and expert accreditation, but where we tap into their fundamental beginnings, and they explode into our subconsciousnesses like extraterrestrial fireworks.

Supporting Beamspun: If you're enjoying Beamspun and would like to support me a little, you can become a premium subscriber on Buttondown. Pay monthly whatever you like and I'll send you out a little extra digital postcard to mark the equinoxes and solstices. (Maybe something like this one from March)

Nora Bateson (who talked of 'submerging', featured in Beamspun 1.7) has a 2017 post on something called Warm Data, which needs careful reading, but points to a way of seeing the world beyond the hard data of the 21st century (and, I think, separate to the realms of qualitative analysis). She says, for instance: "Beyond the cynicism that the postmodern dilemma delivers is the practical need for better questions, and more rigorous inquiry into complexity." For me, how we form evidence is intrinsically linked to how we reason collectively, and the forms of discussion - and participants - that emerge from this.

The term "Rain garden" is not one I'd come across before, but they're a way of reducing water run-off through bio- and landscape-design. Gardeners and urban planners take note.

The BBC digs into the history of ouroboros, the snake eating its own tail forever. Going back to Egypt in the 13th Century BCE, the tail-eating loop reflected the cycle of renewal brought about from our orbit of the sun. (One may also see links to the taoist yin-yang cycle, and the original Hindu/Buddhist swastika.) Issue 2 of Compost is also out, "probing how we shape digital networks and how they shape us back". Stories, games and articles well-worth reading, including Uncivilizing digital territories and Liaizon Wakest coming from the same place as Beamspun in Growth through replication: "I don't think the web that we make digitally is really all that different from the webs of nature. We are the spiders. If only we could take the time to formulate our own webs..."

And Black Cat have released issue 2 of its radical, revolutionary literary magazine. It's free to download, and presents writing, poetry and artwork on the theme of "Apocalypse".

The Peculiar Parish bookshop is now stocking the 100-page Femme Occulte magazine, although I'd recommend using the direct link if you're in Europe, and Peculiar Parish's for the US. The magazine covers alchemy, witchcraft, tarot and a lot more.

Erin Davis has produced an entrancing animation showing the average colours of the USA over the year, along with in-depth steps on how to recreate it elsewhere, if you fancy giving it a go:

Look, rocks are just awesome, ok? Send me a link with an amazing rock in it and I will gladly post it here... Lens Culture highlights five artists exploring the magic of rocks, including petrified (fossilized) forests and work by Feiyi Wen: 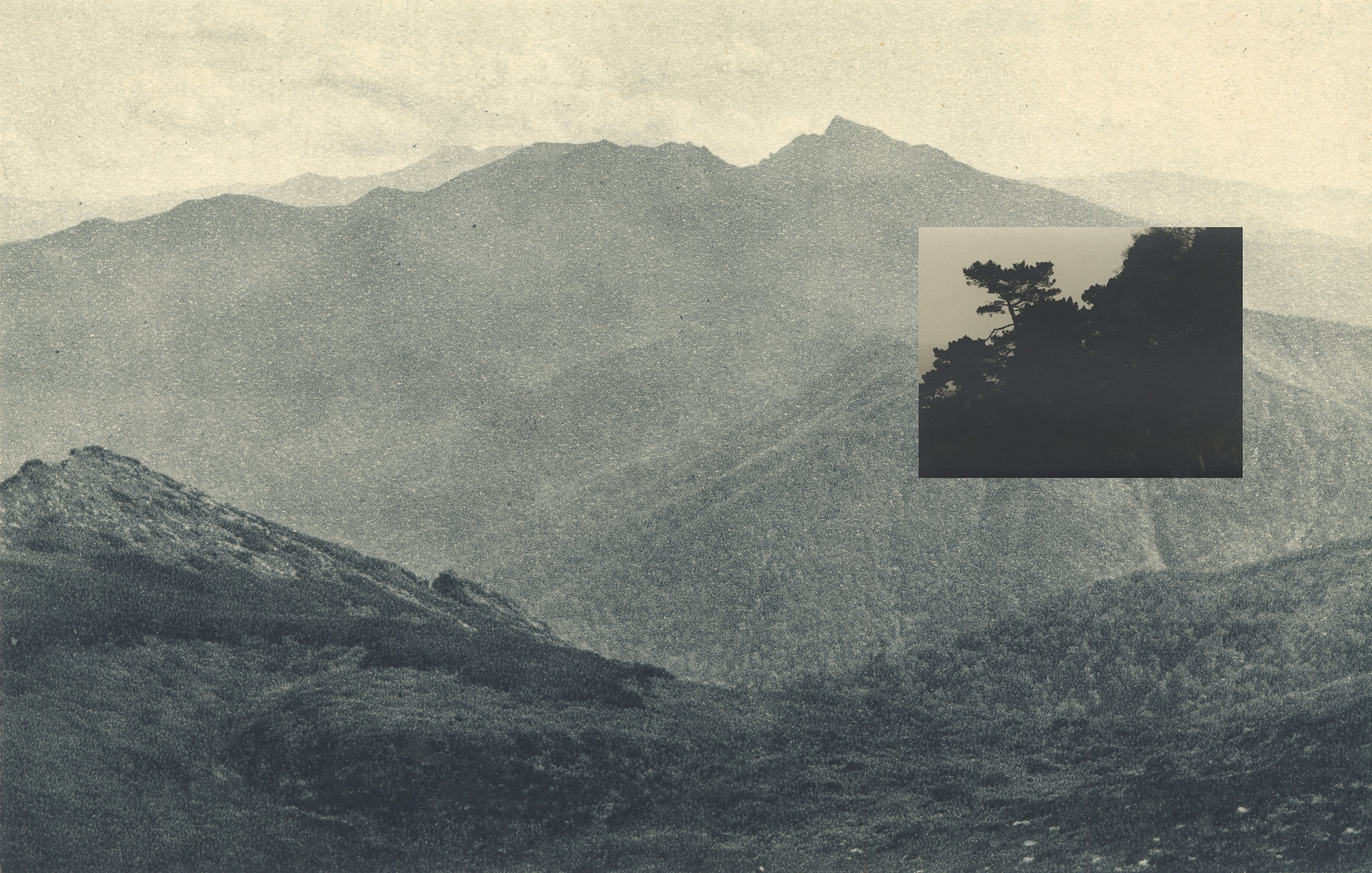 The Center for Humane Technology gave [a great run down of the effect that modern social media has on us], that neatly summarises the prevalent business model of individualising us, and then extratcing "attention" from the individualisation. While online discussion can be useful, we must remember that the overriding approach to profit-making is to understand the maximum number of people, categorise them into targetable boxes, and link eyeballs to advertisers. 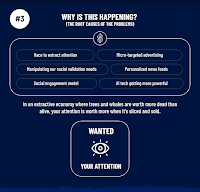 ...and Vox digs into the de-ethicalising effect of social media in more depth too, highlighting the trend to spend more time creating your own identity, and dividing time into micro-attention-spans. More "me", less "us".

Vinay Gupta posted a Twitter thread about the tricky division between world religions and nuclear war which is hard-hitting, but down-to-earth and raises a good challenge for anyone (me?) hoping that meditation and spirituality offers some way out of the state we're in.

Meanwhile, I'm delighted to have discovered the "folklorethursday" hashtag on Twitter - I could browse this all week...